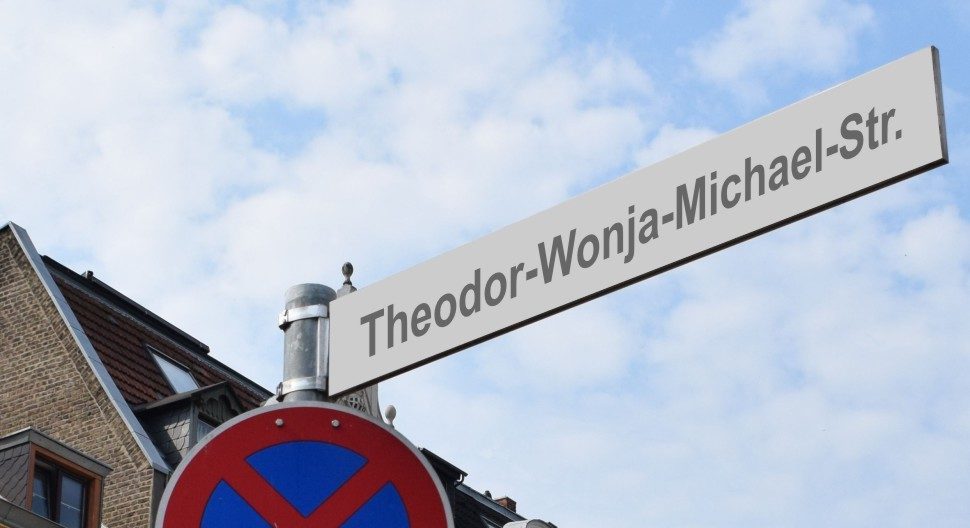 The de-colonization of Germany, psychologically speaking, has not yet been achieved. For example: despite all the progress made, it is still very difficult to remove memorials or street names laden with colonial history. Worldwide protests in the aftermath of the murder of George Floyd, a member of the African American community, fuel the discourse on racisms and colonial heritage in Germany.

Throughout the republic, post-colonial initiatives and associations are able to seize the opportunity to have a greater impact and to be heard more than ever before. Now is the time to further discuss how to treat the ever present remnants of street names and memorial sites commemorating Germany’s colonial past.

Here is a concrete proposition: in 2019 Afro-German Theodor Wonja Michael died at the age of 94 in Cologne. He wrote the bestselling book “Black German: An Afro-German Life in the Twentieth of Century” (Liverpool University Press, 2017), but that’s not all he did. He also survived National Socialist Germany and until his death he fought for Germany to overcome racist hierarchies determining a person’s value based on the colour of their skin. As Michael stated in “Afro.Deutschland”, a production by Deutsche Welle, it is not written in the German constitution what a prototypical German has to look like. The whole country of Germany could definitely use streets and squares carrying new names. A Theodor-Wonja-Michael-Straße in the “African Quarter” in Nippes, for example, would represent a further step in the progress of honouring Black Germans (and other marginalized groups) instead of colonists and murderers. This would show that Germany has understood that there are Black German citizens; that many Black people are German.

Germany is becoming a less and less white societydue to demographical developments. It needs a new approach to identity politics that meets the requirements of a reality that has not become more complex only the day before yesterday. This means that in order to de-construct the constructed identities on all sides of the discussion, an early and specific confrontation with the actual history is needed. When seemingly natural facts are revealed as politically or economically motivated constructions, the first step has been made on the way to lead people into a society that uses all of their inhabitants’ potential; enabling more and more people to identify themselves in that society. It is this society which is needed. Global challenges cannot be dealt with in terms of nationality or skin colour any longer.

As long as racism in the form of colonial heritage prevents actual societal participation and people in Germany are treated with prejudices, it is naive to believe that communication between Germany and the Global South may be possible on equal terms. An inner society transition is a vital requirement to achieve a meaningful transition on a global scale.

Serge Palasie (M.A. African Studies) is a specialist promoter for flight, migration and development at "Eine Welt Netz NRW". He focuses on the transatlantic history of redistribution and its relevance for the present. This history, shaped by the transatlantic enslavement trade and colonialism, must be increasingly taken into account in a Germany that, in its own interest, should abandon the idea of an ethnically homogeneous nation, when dealing with issues such as racism, unfair global trade relations, climate injustice or development policy.