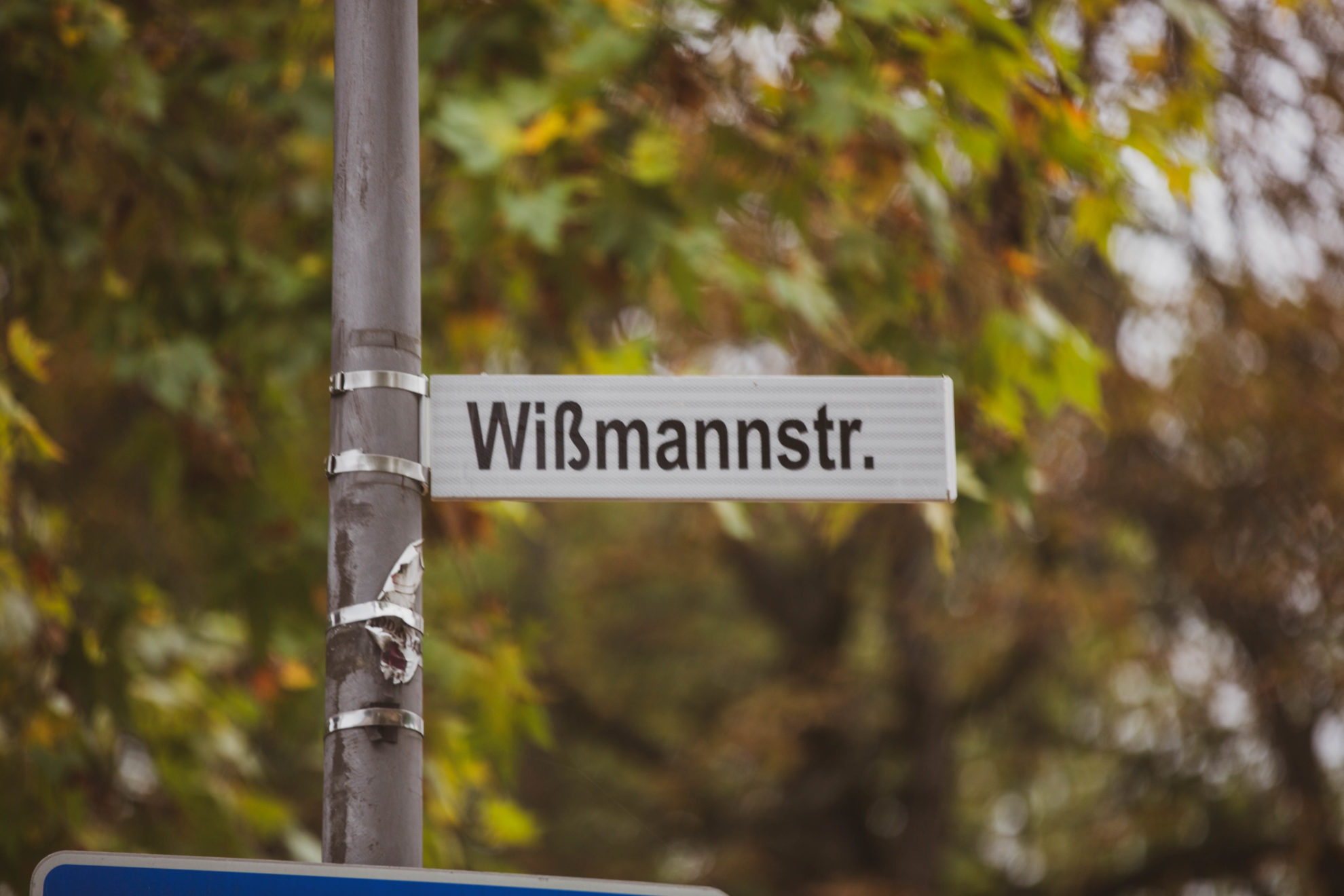 In the Lexicon of Cologne Street Names, Hermann von Wissmann is given many titles one of them being an “Africa Researcher.” The Wißmannstraße received its name on April 1st 1888, while Wißmann was still alive. Although he was neither born in Cologne nor died there, his biography and memory are tightly connected to the city. He is the only colonial figure with two memorial sites dedicated to him: the street carrying his name and his conserved grave in the Melatenfriedhof.

Wissmann’s biography shows how the sciences (like natural sciences, geography and ethnology/cultural anthropology) paved the way for the colonization of Africa. In the context of a “research expedition,” Wissmann crossed the African continent at the equator from West to East. While serving King Leopold II he roamed through central Africa and cleared the way for the future colonization of “Belgian Congo,” one of the most brutal chapters of European colonial history.

In 1888 massive opposition arose on the Eastern African coast against the authority of the “German East African Company” (DOAG) founded by Carl Peters. Wissmann was made Reich Commissioner of “German East Africa” and ordered to crush the “Arab Uprising” (cf. Abushiri revolt). The mission of the “Wissmann Troop” (“Wismann Truppe) – composed of experienced mercenaries from different African regions under the command of German officers – was the so-called “ordonanzmäßige Devastierung” or “legal and orderly devastation.” Executing prisoners of war, kidnapping and raping women, as well as looting and pillaging were all part of a daily routine. German observers of these atrocities believed that Wissmann “wanted to wipe out everything.” He threatened to “blow resisting villages off the map.” Cities in which “insurgents” and their families took refuge where destroyed or burned into flames. Long after they had put an end to the uprisings, the “Wissmann Troop” continued their ‘clean-up’ and ‘punishment operations.’

After having finally subjugated the local African population, Wissmann was given a hero’s welcome in Germany. He was promoted to Major and ennobled by the German Kaiser. Nevertheless, he was denied the vacant position as governor of “German East Africa” at first because his war against the East African people went massively over budget, and he was suspected to have misappropriated funds during his campaign. Therefore, the ambitious Wissmann, about whom even members of government attested “traces of megalomania,” had to wait until 1895 to become governor of “German East Africa.” His motto was: “If I can’t find a way, I’ll blaze the trail myself!”.