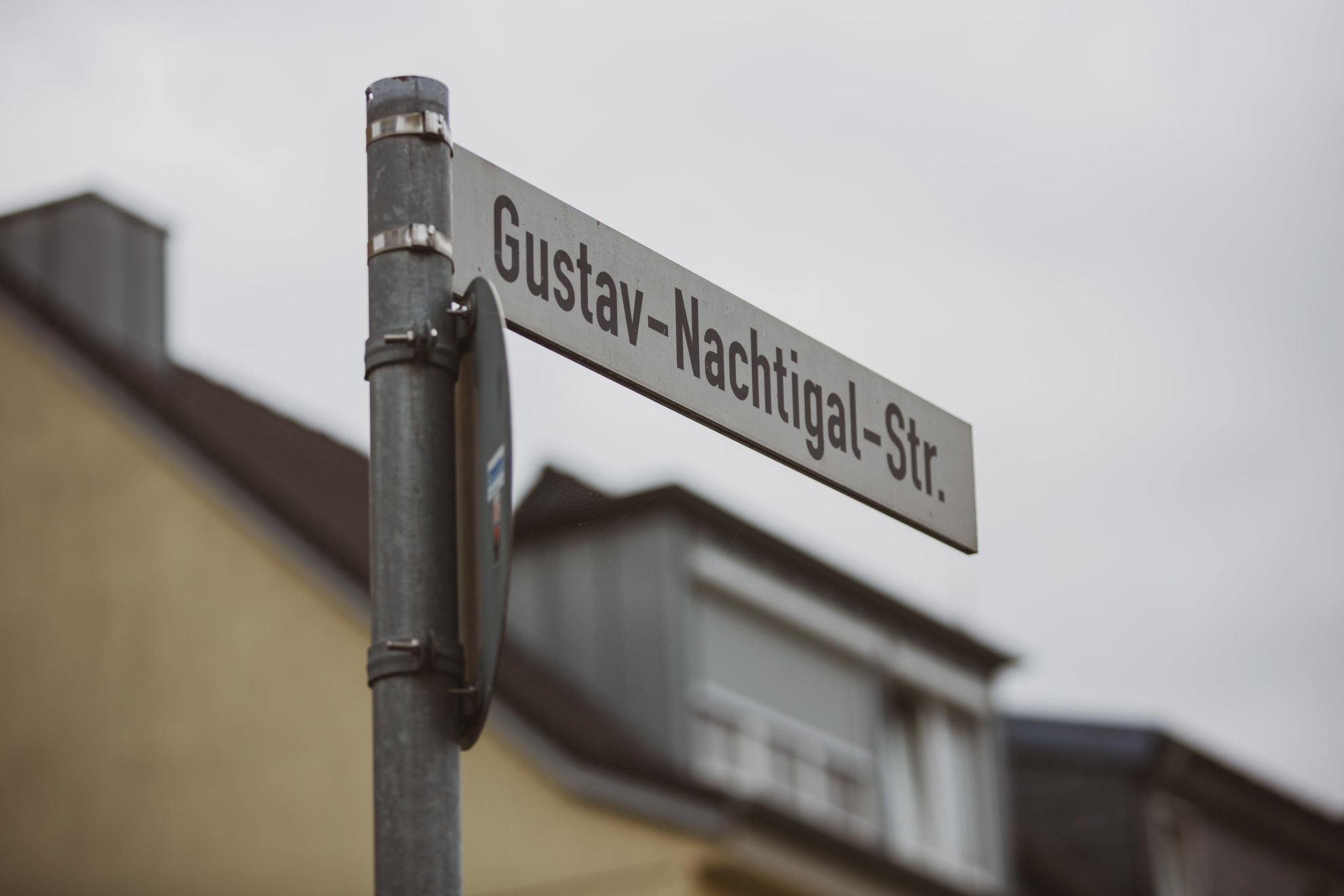 Gustav Nachtigal (1834-1885) is typically referred to as an “Africa Researcher” in most encyclopaedias, even though he played a key role in establishing the German colonial regimes in Togo, Cameroon and German South-West Africa, present-day Namibia. He used tactics of military force and, in Togo, took hostages in order to blackmail the local population into cooperation.

He came to Africa in 1862 while travelling for health purposes. After spending some years in Algeria and Tunisia, he spent a significant amount of time travelling to Libya, Nigeria, the Republic of Chad, Sudan and Egypt. In 1879 he published the first volume of his three part travel and research report “Sahara and Sudan” and was appointed president of the “Berlin Geography Society.

A less known fact about Nachtigal is his diplomatic service in 1882 as consul general of the German Reich in Tunis. At the orders of Otto von Bismarck he accepted the task of Reich commissioner for West Africa. In a secret mission he went to the African West coast on the battleship “Möwe” (engl. seagull) in order to secure land acquisitions already made by Hanseatic Africa merchants against other European colonial competitors. In Togo and Cameroon Nachtigal established “treaties of protection” with the German Reich, thus declaring the local territories German colonies. As mentioned above, blackmailing was one of Nachtigals method for establishing these contracts. In July 1884, for example, he tried to blackmail local king G.A. Lawson III / Mlapa III Into a treaty of protection by keeping two West African hostages, Gomez and Wilson, as prisoners on the battleship “Möwe.” In Cameroon the establishment of the so-called “Schutzherrschaft” (engl. protectorate) was deeply connected to military force and violence as well. As commissioner of the German Reich Nachtigal ensured and legitimized the rights which Adolf Lüderitz unlawfully obtained over territories in the later German South-West Africa.

Cologne played a significant role in Nachtigal’s life. He had many relatives in the city, where he served as an army doctor from 1858 until 1861.