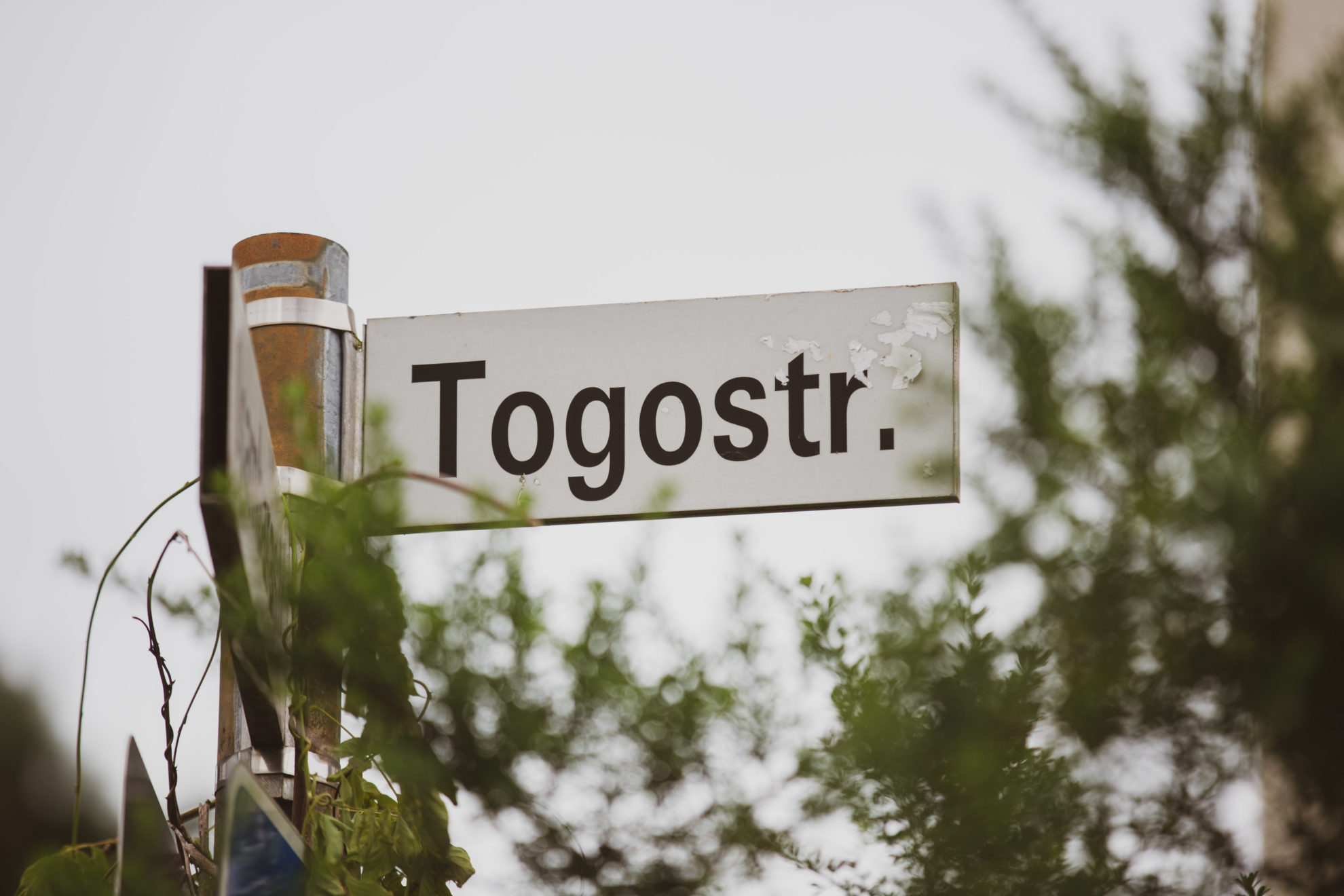 Togo was the smallest German colony in Africa and for a long time was considered an “exemplary colony.” It did not experience colonial wars, which were costly for the German Reich, and it was an economically profitable colony, of course due the exploitation of the local population.

After the flag had been hoisted and the “treaty of protection” had been signed by Gustav Nachtigal on July 5th 1884, Togo experienced an economic boom, especially in the area of today’s capital Lomé. German companies mainly exported spirits to the coastal regions of Togo. Due to heavy tariffs on the import of alcoholic beverages in the neighbouring French and British colonies, an active black market developed around Lomé and its surroundings. Even local authorities were paid in booze and modern weaponry for their loyalty to German trading houses, thus further strengthening the local German dominion.

At the beginning, the colonial territory only contained the coastal regions of Togo, but the German colonists aimed to expand their regime into the interior of the colony. To accomplish this task, the Germans undertook expeditions to conquer more land, under the guise of “scientific expeditions,” and to intimidate the population by the show of military force. Further “treaties of protection” were signed and new German stations founded. Over the years these expeditions developed into downright raids. The German forces systematically supressed the local population by raiding, murdering, burning villages to the ground, taking women and children hostage, and instigating battles against the local population for little to no reason. In a short time German colonist had taken a great territory in inner Togo by force of arms, blackmailing, fraud and fear.

For easier access into the hinterland, the Germans built various new railway lines, so that cotton, coffee, cocoa, rubber, peanuts, coconuts and sisal could be easily transported from the new local plantations. In the coastal territories German merchants had built brandy distilleries and petroleum industries in order to organize trade to broader markets.

The Togolese people made futile attempts to objects against the German colonial politics. Points of critique were way too high taxes, confiscation of land, penalization without any evidence, abuse and rape of underage girls by German colonist, jurisdictions in favour of the Germans, forced labour and cruel and unusual punishment which ranged from putting human beings in chains to flogging them with a hippo whip.

Through the constant threat and execution of violence, 350 German colonists were able to stabilize their control over one million Africans.

Immediately after the beginning of World War I, Togo fell into Allied hands. The 350 colonists and their small police brigade had no means to counter the highly equipped French and British colonial armies. Togo was the first German colony to surrender on August 25th 1914. At the end of the war in 1920 Togo was put under jurisdiction of the League of Nations and split between French and British administration.