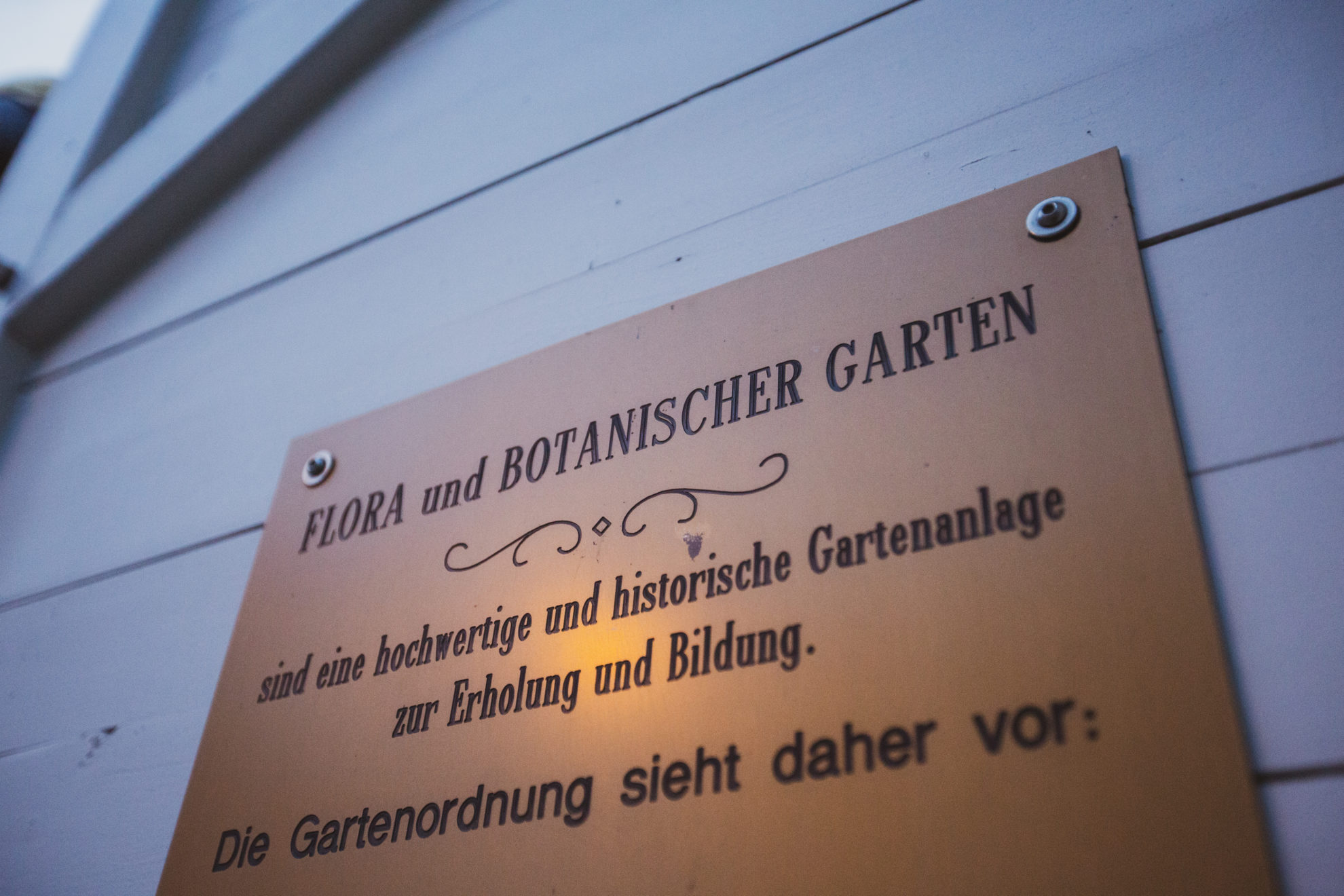 Most residents of Cologne today perceive the Flora and Botanical Gardens as identical. However, this is historically not the case. In 1862, influential Cologne residents founded the “Committee for the Construction of a Botanical Ornamental and Leisure Garden.” They purchased a 5.6 hectare plot of land adjacent to the zoo for the planned facility. The Flora was opened in 1864.

The centerpiece of the complex was the Glass Palace, which was inspired, by London’s Crystal Palace. The building served as a palm house, but was also used for festive balls and other events. From the beginning, the flora focused on “tropical botany,” which played a significant role a little later as “colonial botany.” Although the Flora was presented primarily as a place of entertainment and relaxation for the residents of Cologne, the attainment of (colonial) knowledge as well as colonial propaganda composed an important part of the botanical gardens. The plants became instruments of colonial and colonial revisionist fantasies.

The first major public event at the Flora to prominently feature colonial botany was the “International Jubilee Horticultural Exhibition,” held from August 4 to October 1, 1888. In an announcement of the exhibition, the Deutsche Kolonialzeitung (German Colonial Paper) (DKZ), the press organ of the German Colonial Society, promoted the “excellent colonial collections” on display in the “Hall for Colonial Products.” A comprehensive presentation of the variety of vegetation from overseas served as an important colonial propagandistic tool to “sell” the sense and benefits of the colonial project of the German Empire to the residents of Cologne.

The fact that most of the herbal raw materials on display in 1888 came from the Reich’s own colonies was testimony to the powerful position in which the Reich saw itself as a colonial power. This powerful position led to the embedding of the herbal raw materials and products in presentations of ethnographic items, such as weapons and jewelry. When visitors wanted to rest, they could be entertained in “exotic” or “oriental” establishments such as the “Turkish” pavilion or the “Chinese” café.

Starting in 1912, a new Botanical Garden, which opened in 1914, was built on the grounds next to the Flora. The colonial plant collection in the garden was, therefore, systematically expanded, and various “green houses” for tropical plants were built. These “green houses” contained “colonial crops” such as coffee, cocoa, cotton, kapok, sisal, rice, cassava and batata. “Subtropical colonial crops” were also grown in the open-air department.

After Germany lost possession of its colonies, the botanical gardens in Cologne functioned as part of the colonial revisionist commitment to reclamation. The German Colonial Exhibition of 1934 was one of the last major events in which colonial vegetation and its importance for the economic development and prosperity of the country was presented to a broad public at the Cologne Exhibition Center. Displays of living vegetation on loan from the Botanical Gardens showed visitors the connection between inexpensive herbal raw materials from their own colonies and their personal households. At the same time the displays gave visitors a hint of the feeling of a trip to the overseas territories. A real cotton crop had even been planted in the open spaces in front of the Staatenhaus. Here, colonial propaganda used foreign vegetation to entertain the public and awaken longings for colonial times.

So what happened to colonial botany?

It is worth taking a look at the homepage of the Cologne Flora. There, the greenhouses, that played such an important role in colonial horticulture, were closed some time ago because of their poor condition. They are currently being renovated. On the Flora page, the plans for the new building are described with terms such as “Exotic World Tour,” “Discovery Trail,” “Plantations” and, last but not least, “Tropical Crops.” Does the colonial discourse live on here in an unreflected and romanticized way? These are terms that we could just as well have read more than 100 years ago. Such terms hid the destruction of growing economies overseas and the merciless exploitation of the appropriated territories. So has colonial botany become neo-colonial botany?