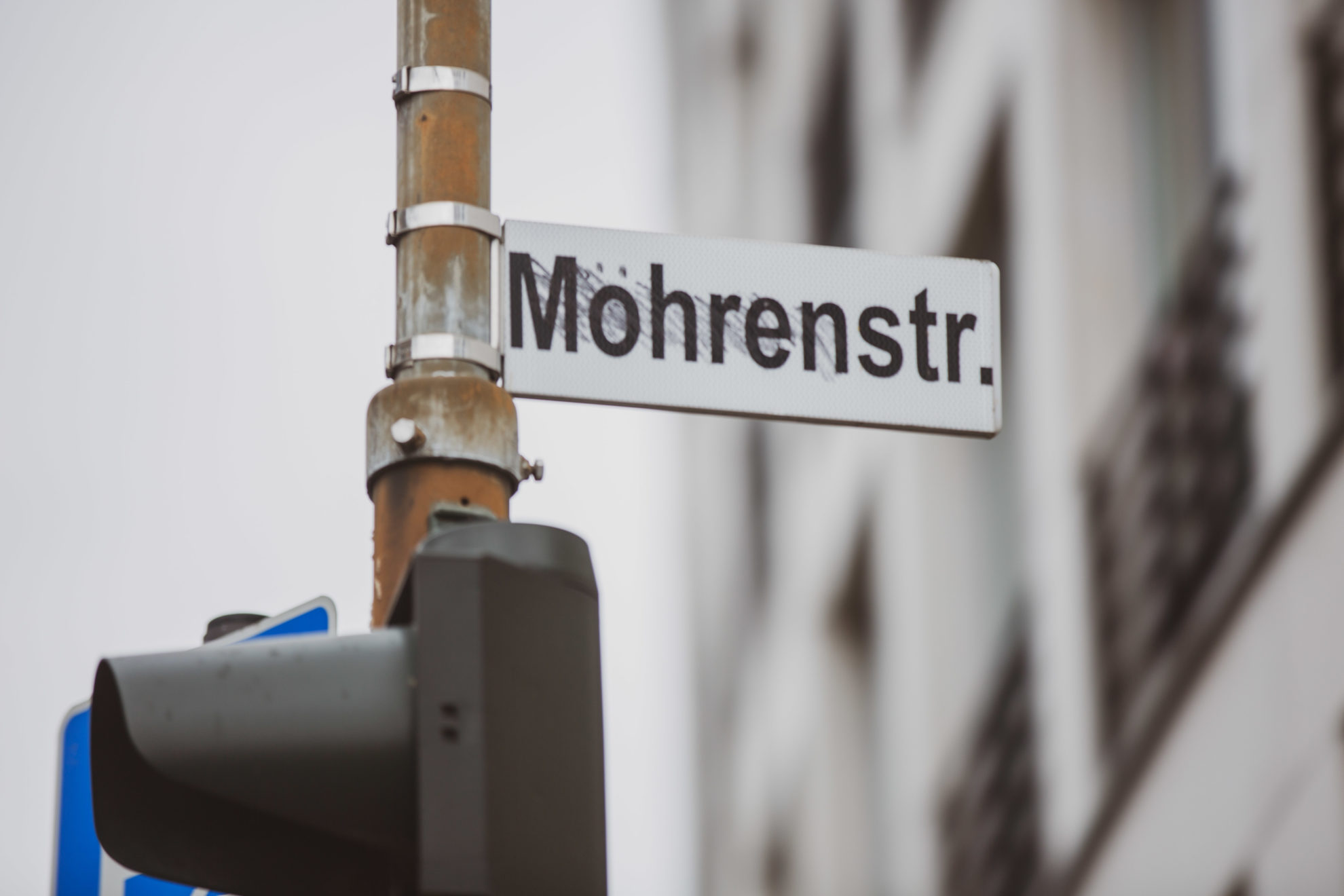 M.straße in Cologne tells a story that goes back hundreds of years to the late third, early forth century CE . M.straße adjoins Gereonsquarter, one of the oldest references of African-German history.

During the 12th century, the church in the Gereonsquarter, St. Gereon, became a site to worship saints, who according to some traditions were said to be Black. All the stories concerning the local saints St. Gereon and Gregorius Maurus have their roots in the legend about a troop of Theban legionaries.

According to one of the oldest versions of this legend, Maximian, the co-emperor of Diocletian, assembled an army in Egypt consisting mainly of Theban soldiers. Maximian accompanied by his forces including the Theban legion set out to subdue rebellions in the Gallic and Germanic provinces. The orders were to hunt down the Christians there but the baptized Theban legionaries defied the orders and were subsequently executed in Cologne. Leading those who opposed the orders and incited resistance were the commanders Gereon and Gregorius Maurus. It is told that their bodies were thrown into a well at the military street leading from Cologne to Venlo and that St. Gereon’s church was built on top of this former well.

The plausibility of this legend is open to dispute because neither is there isn’t any proof of the existence of the Theban legion at that point in time, nor is there any evidence concerning the existence of these alleged martyrs. Adding to this; the iconography of these martyrs and saints does not allow for conclusions to be drawn about their Theban or African origin.

Some theories state that both saints have been “Africanized” following the first crusades. But of course the surname ‘Maurus’ could mean that St. Gregor actually had African roots. In the eyes of the typical European who around the time of the early crusades had almost no knowledge or idea about Africa, everyone who lived in or came from the African continent was black. This impression was translated into Middle High German “môr.”

The legend lasted throughout centuries until 1844 when the parish council of St. Gereon fought to name the newly established extension between Berlich and Gereonstraße, M.straße in memory of this legend. Although a Black African Saint is honoured in this way, the M.-word remains racist. For this reason, M.straße should receive a new name.