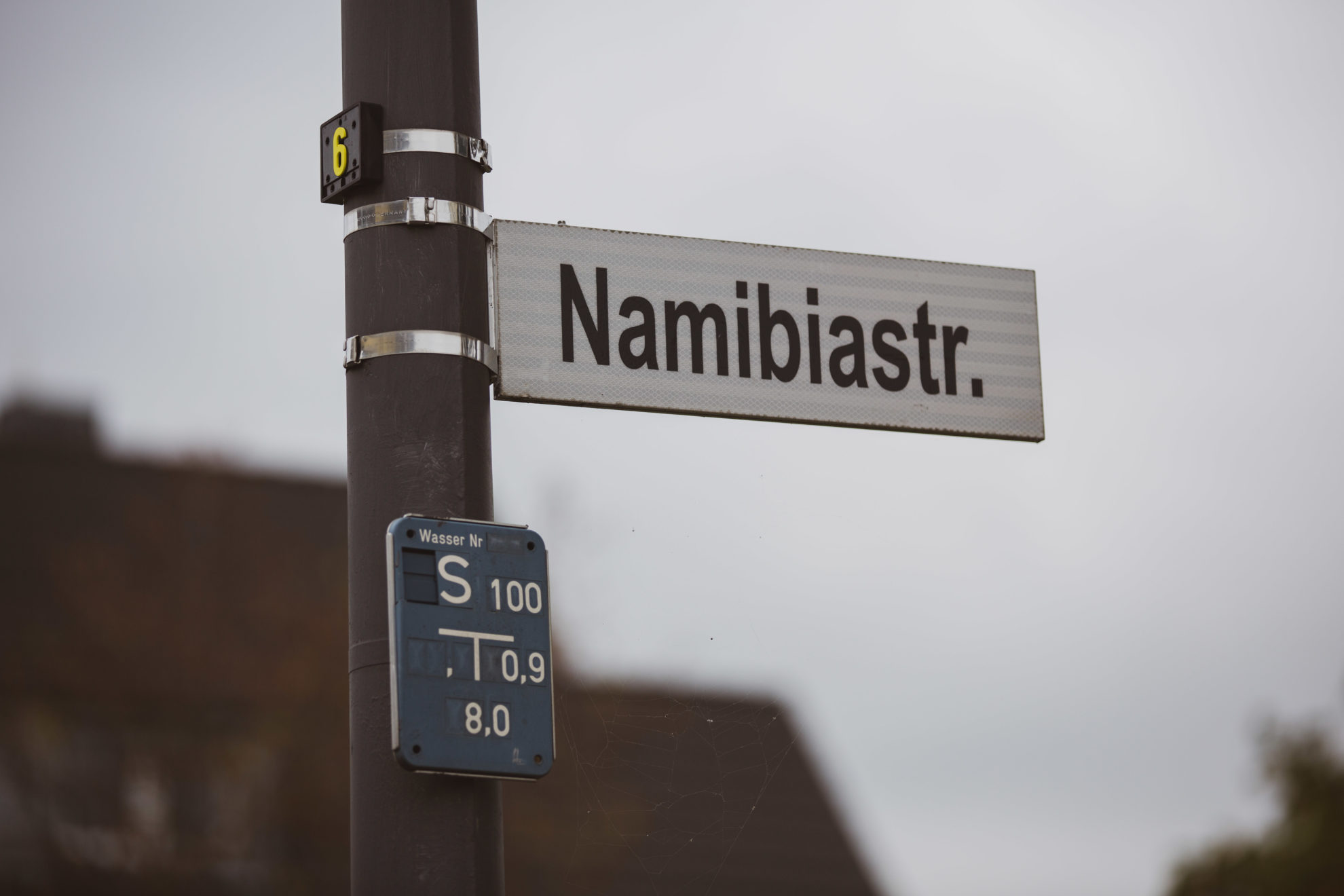 Since 1990 Nippes’ “African Quarter” has a Namibiastraße. The former Carl-Peters-Straße received its new name at the time of Namibian independence. Namibia was the last former colony in Africa to gain state sovereignty; through a long and bloody struggle for independence, a century of foreign domination came to an end. From 1884 until 1914 Namibia was known as German South-West Africa and a colony of Wilhelmine German Empire. After World War I South West Africa fell under the mandate of South Africa, i.e. the regime of the White minority in Pretoria.

More than half of all German settlers, so called Kolonialdeutsche, lived in South-West Africa, the only settler colony of the German Reich. The Germans settled in the central highlands and drove the local population out of the best grazing grounds.

After a series of repeated violent conflicts, the Herero-Namaqua-Uprising broke out in January 1904. This colonial war lasted until the beginning of 1908 and shook the colony immensely. Initially the Herero, under command of Paramount-Chief Samuel Mahereo, stood up against the German colonial regime due to social tensions that arose as a result of colonization. These tensioned worsened when an increasing number of white settlers arrived in the colony: They raped Herero women without suffering consequences due to a racist jurisdiction, suppressed the local population by suddenly reclaiming debts and loans, robbed their land, and built the first reservations to which they planned to deport the African population. Kaiser Wilhem II sent Lieutenant-general, then supreme commander of the “Schutzgruppe” Lothar von Trotha into the colony in order to fight a merciless campaign against the Herero. Trothas extermination order led to the first genocide of the 20th century.

In October 1904 the Nama in the Southern territories of the colony stood up against their oppressors as well, at first under command of Hendrik Witbooi and after his death under command of Jacob Marengo as well as other leaders. This guerrilla war lasted for years. The Germans reacted with a policy of “verbrannte Erde” (engl. scorched earth) and eventually the resistance was defeated by the superior forces of the German colonial military. The surviving Nama were interned in concentration camps just like what happened to the Herero.

Various Federal Governments of Germany refused to acknowledge these acts as genocide. Herero and Nama are still waiting for an official apology and reparations which the Federal Republic of Germany continues to deny them.