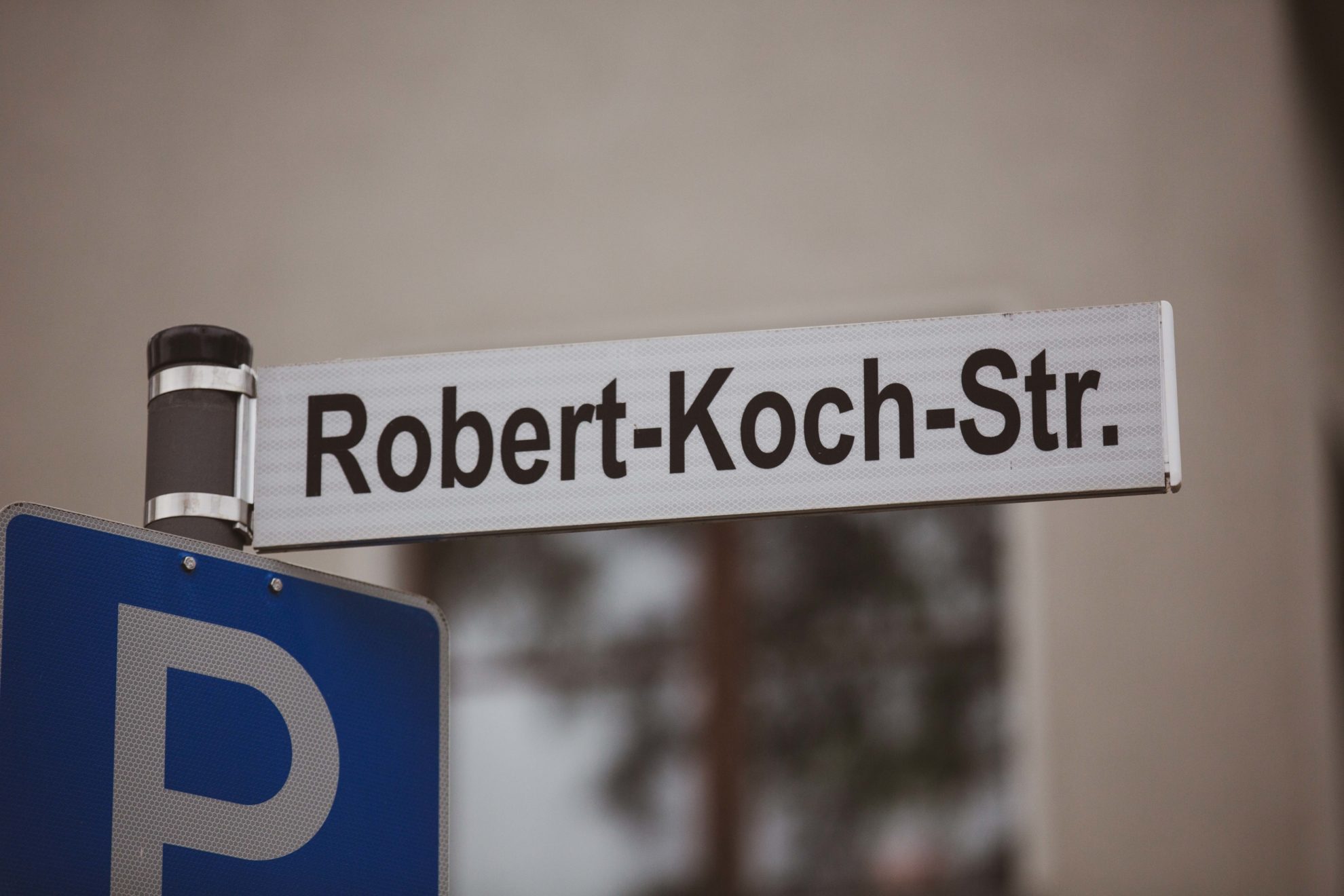 Robert Koch was a German physician, microbiologist and a hygiene specialist, who discovered the causative agent of tuberculosis in 1882 and later developed the supposed remedy, tuberculin. In 1905, he was awarded the Nobel Prize for Medicine. Robert Koch is one of the founders of modern bacteriology and microbiology. He made fundamental contributions to the theory of infection as well as to the establishment of “tropical medicine” in Germany. During his lifetime, in December 1908, a street in Cologne-Lindenthal was named after him.

Medicine played an important role in the colonization of Africa. The fight against so-called tropical diseases was a concern of all European colonial powers, not least because of the need to preserve African labor. Koch wanted to find a cure for human sleeping sickness, which was endemic in parts of Africa, and traveled to East Africa for this purpose on behalf of the German colonial administration. Koch experimented with various arsenic preparations, eventually focusing on the drug Atoxyl. Since experiments with Atoxyl on humans were prohibited in Germany, Koch, as well as numerous colleagues in German, British and French tropical medicine diverted to the colonies to conduct human trials there without the consent of the local test subjects. Due to the fact that there were only a few cases in German East Africa, he moved his studies to the Sese Islands in Lake Victoria on British colonial territory in 1905. There, 20,000 people – two-thirds of the island population – had died of sleeping sickness within a few years.

Koch knew that Atoxyl was toxic in high doses. On a short term basis, the symptoms improved with the medicinal therapy. In the long term, however, the treatments were not able to eliminate the parasites from the blood. Koch, hoping for success, increased the doses administered up to 1 per gram, injected at intervals of seven to ten days. The treatment was very painful and caused dizziness, nausea and colic. Eventually, irreversible blindness and deaths occurred, and Koch was forced to lower the doses again. Numerous patients, who could not be forcibly interned by German doctors on British colonial territory, fled the treatment.

Um pro Tag rund 1000 Patienten untersuchen zu In order to be able to examine around 1,000 patients per day, Koch isolated supposedly sick people in so-called concentration camps: a collection of straw huts and rudimentary tents that were blown over during storms. The camps lacked basic necessities including: blankets, clean water, and often only provided flour and salt to eat. It is unknown how many people died due to the poor conditions in the camps.

In his recommendations for handling those suffering from sleeping sickness, Koch considered relocating the entire population of contaminated districts, but rejected this measure as impractical. He suggested clearing the forests in the affected areas to combat the carrier of the disease, the tsetse fly. Furthermore, he recommended conducting serial surveys in infested areas, “singling out” the infected, and assembling them in “concentration camps.” Although Atoxyl was ineffective and highly toxic, Koch persisted with this remedy.

After Koch’s departure, three camps for patients suffering from sleep sickness were established with over 1,200 patients. No one recovered from sleep sickness in these camps. What is most striking about the published statistics is the extremely high number of “departures,” patients that escaped by fleeing. In these camps, other drugs such as arsenophenylglycine and arsphenamine, which were supplied from Paul Ehrlich’s laboratory, were also tested. These tests resulted in further deaths. After a publication in the “German Medical Weekly,” such experiments were prohibited by the German colonial authorities. After 1911, most of the camps and stations in German East Africa were dissolved.