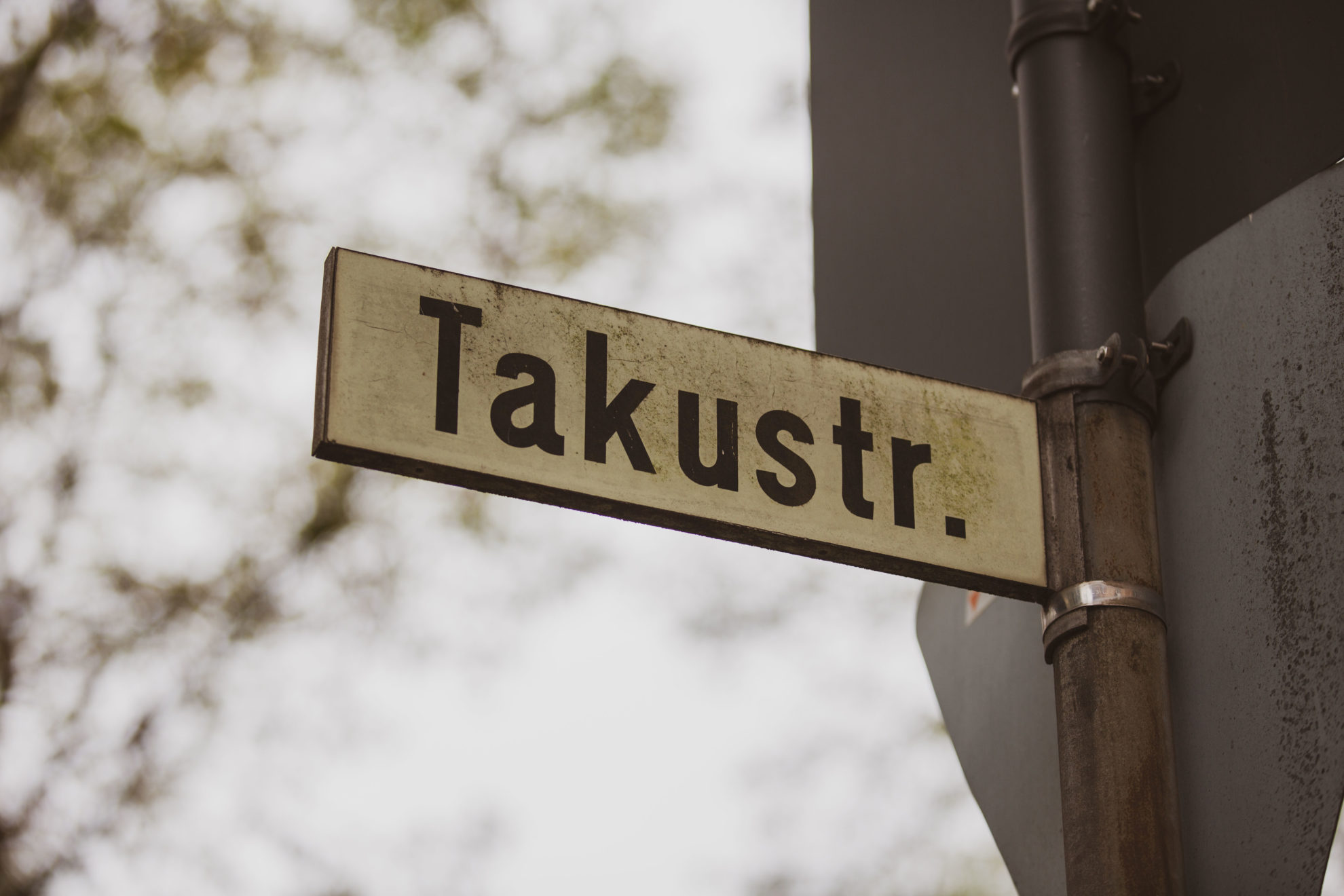 The Takuplatz remembers of the Forts near Tianjin (China) which were occupied by Allied troops of Western colonial powers (including Germany) in the “Battle of the Taku Forts” in 1900 during the “Boxer Rebellion” or “Yihetuan Movement.”

Takuplatz – Iltisstraße – Lansstraße: These streets constitute an ensemble which commemorates the German colonial aggression in China. All names are connected to an allegedly critical moment of history and a key event heroized as the counterinsurgency of the so-called “Boxer Rebellion.” On June 17th 1900 Allied marine forces attacked the Taku Forts and succeeded in occupying them after heavy fighting with the local Chinese forces. One of the attacking combatants was the German gunboat “Iltis” commanded by Wilhem von Lans. The gunship mercilessly shelled the forts until Chinese grenades put it out of battle.

The attack on the forts marked the beginning of a colonial war and bloodshed in 1900/01. In Germany this period is commemorated as the “Suppression of the Boxer Rebellion.” In the process the anti-colonial resistance in China was brutally crushed by a coalition of allied imperial nations (Germany, France, Great Britain, Italy, Japan, Austria-Hungary, Russian Empire and the USA). It is important to remember that the occupation of Chinese territory by foreign forces was the first example in history of international military powers teaming up in order to aggressively force through their political and economic interests in face of an outgunned enemy. This represents an essential chapter in German colonial politics in China.

Iltisstraße – Name of the gunboat commanded by Wilhelm von Lans.

The Chinese combatants suffered heavy losses; Bejing was raided and the population fell victim to months of what was referred to as “Strafexpeditionen” (engl. punitive expeditions) in which the German military heavily participated. These expeditions were composed of murder, rape, torture and looting. The severity of these expeditions led German soldiers to write letters, which were published by social democratic journalists, denouncing the brutal nature of the expeditions. “Because this murdering and slaughtering of people is downright madness […] Let me conclude to say that I hope that this war will be over soon, because otherwise one will eventually not know or possibly: forget, if one was ever a human being.”

This war resulted in drastic repercussion for the Chinese population. The so-called “Boxer Protocol,” signed on September 7th 1901 by Chinese representatives and the colonial powers, formally put an end to the war, but formed the basis for Chinese politics throughout the Chinese Republic until the early 1940s. The protocol included enormous reparation payments from China. These payments constrained possible Chinese political and financial actions and inhibited social reforms or a proper military budget which would be needed to confront Japanese aggressions in the 1930s and 40s.

Takustraße, Iltisstraße and Lansstraße were established in 1902 as an immediate reaction to the colonial war that devastated China.