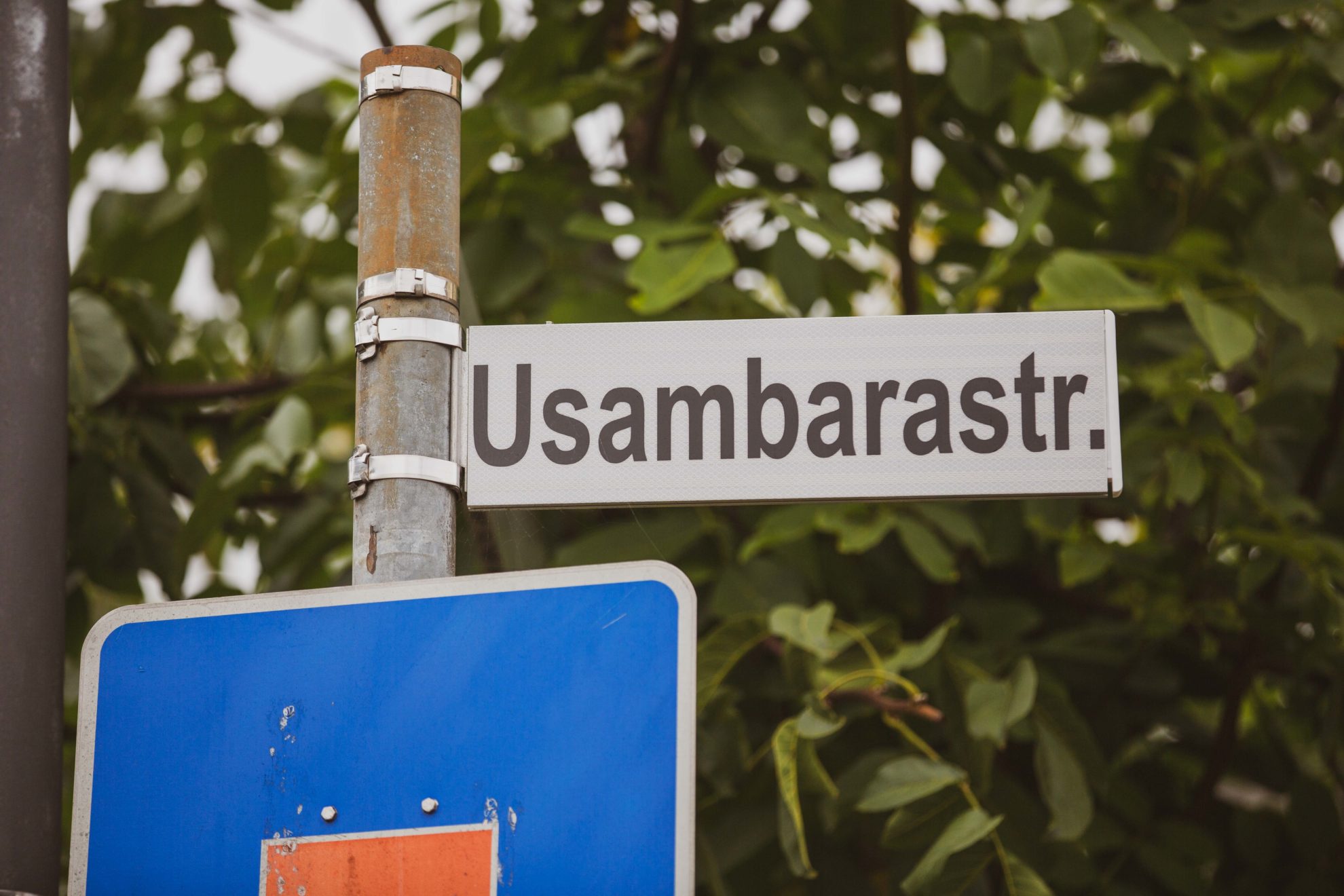 Upon hearing or reading the name “Usambarastraße” one might inevitably think about the Usambaraveilchen (engl. African violet), a famous potted plant that in earlier days was found on almost every German windowsill. The connection between this plant and the street name is not completely absurd. Usambara, a mountainous region in North-Eastern Tanzania, gave name not only to the plant but to street in Nippes as well.

Upon motion of the Green party the local government in Nippes decided to rename the Lüderizstraße Usambarastraße on September 13th 1990. In National Socialist Germany Franz Adolf Eduard Lüderitz, who originally gave the street its name in 1935, was celebrated as “father of the first German colony.” By naming a street after him, German authorities aimed to commemorate Lüderitz and at the same time stress the importance of owning colonies.

Driven by prospect of finding diamonds, Bremen merchant Lüderitz underhandedly took possession of wide territories in later German South-West Africa, today’s Namibia. In his contracts Lüderitz used Prussian instead of British miles as basis for measurement so that he could later claim a territory substantially larger than the territory negotiated. This fraudulent means of “acquisitions” earned him the nickname “Lügenfritz” (engl. Lying Fritz). Gustav Nachtigal, Commissioner of the German Reich, later ensured and legitimized the rights which Lüderitz had unlawfully obtained

Why Lüderitzstraße was re-named as Usambarastraße cannot be explained. A historical connection between Lüderitz and the Usambara mountains does not exist in any way. The Green party, who encouraged the process of re-naming, wanted to change the street name to Marengostraße. They thought it more appropriate to honour an important figure of the struggle of freedom against colonial powers than one of Germany’s “colonial heroes.” Jakob Marengo was one of the leaders of the African resistance against Germany’s colonial power in German South-West Africa. He was shot in 1907. The proposition of the Green party was not accepted in the local Nippes Distsrict Council. Due to other street names in Nippes’ “African Quarter” the representatives decided upon a name that only geographically refers to the African continent. The historical context of the original naming was not taken into account.